To raise up a generation of servant leaders who will be equipped to mentor healthy leaders and teams that will reproduce culturally relevant ministries.

Vision is based upon values and these are grounded in certain assumptions. These values are not an exhaustive list of beliefs, but rather our specific unique qualities that serve to focus our priorities and actions.

We believe that reproducing leadership can only happen within a context of servant leadership. Following the principles of leadership modeled by Jesus, leaders should seek to serve rather than be served; pursuing God’s purposes, not their own.

We believe that Christian leadership is not about using authority for one’s own purposes but rather to use God-given influence to develop others through mentoring relationships. Coupled with servant leadership, this is the most effective way to develop leaders.

We believe a team approach to ministry is a biblical approach to fulfilling the Great Commission. Teams reflect a tangible model of servant leadership and provide an example of mutual accountability. Effective leaders are those who function well within teams.

We believe that Christian leaders should have more of a Kingdom focus rather than merely what God is doing in any one group or denomination. Christ-likeness requires seeking unity with those who adhere to the core of the Gospel rather than causing division over secondary issues: In essentials, unity; in non-essentials, liberty; and in all things charity.

We believe that the role of the leader is to be a catalyst. Rather than holding on to power and position they should be releasing others to be effective in their own context so that those they serve will reach their God-given potential.

ICM affirms both the Lausanne Covenant and the Manila Manifesto and embraces the Augustinian Creed: Unity in the Essentials, Liberty in the Non-Essentials and in all things Charity. 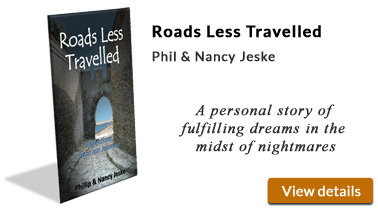